While the effects of climate change will be felt globally, the Asia-Pacific region will be especially affected, particularly by hydro-meteorological hazards. One of most pervasive recurrent shocks affecting the region in recent years has been flooding. South Asia in particular has suffered greatly: between 1970 and 2016, some 35 percent of floods in the region occurred here, with devastating effects on people across this subregion. There were considerable financial losses in the subregion, but also major losses of life and impacts on people’s well-being. 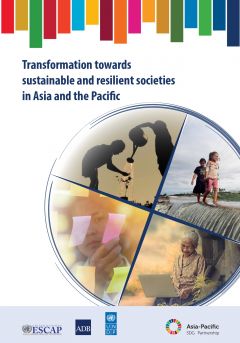